Today, we’re taking a time machine back to June 21, 1982 to visit the World’s Fair in Knoxville, Tennessee!

The 1982 World’s Fair opening ceremonies are on continual replay (loop) on the big screen. Just inside the entrance pavilion, we watch Ronald and Nancy Reagan officiating the May 1st festivities and celebration.

Since I’m using my backpack to carry extra water bottles and souvenirs, I ask for a large Dr. Pepper in a commemorative cup. What kind of beverage will you choose before we start our discoveries?

Next door is the Kodak lab where we each buy a roll of film and get a rental camera to use all day for free. Later on, we’ll get state-of-the art, one-hour film processing.

The 150 foot Ferris wheel ahead is the highlight of the amusement rides, and we quickly get in line. An attendant tells us a whale of a story about the wheel: it seems some of the parts were lost at sea when they went overboard during a storm en route to the U.S. They had to be remade within 2 weeks’ time, then flown on the largest plane manufactured: a 747 Flying Tiger. 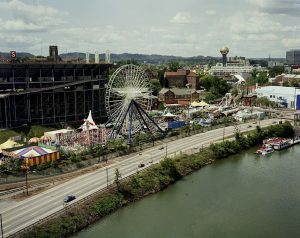 Views during our Ferris wheel ride make the lengthy loading and unloading painless. We are on top of the world, nearly level with low-flying clouds the sky!

The “new” Rubik’s cube is featuring a contest. We watch a 14-year-old boy solve it in only seconds. Will you take one of these novelty puzzles as a souvenir of the day?

We stop for a break to enjoy a gastronomic creation of Frito’s brand corn chips, chili and toppings, called the Petro. A cupful is plenty; this is rich and hearty. Yummm! 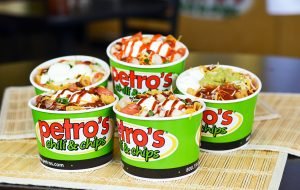 Live shows by famous talented musicians and other performers are scheduled each day of the Fair. At opening, they had Dinah Shore and Porter Wagoner. Today, we get to see ….drum roll… Red Skelton!

This guy is still as funny as ever. We love being part of his live audience, laughing in tandem at all the corny jokes.

Later tonight, would you rather see a concert by Jerry Lee Lewis, The Chieftains, or Kenny G.? 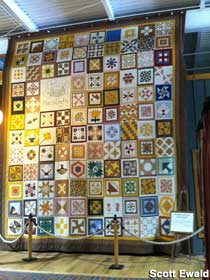 While we’re talking about wooden logs, we should catch the logging water ride while the day is still young.

What a doozy! We’re simply soaked after that last, steep plunge down to the finish line!

Thanks for suggesting we sit outdoors to watch an authentic Punch & Judy puppet show. We’ll be distracted from our wet clothes while drying in the sunshine. If the show doesn’t hold our full attention, the funnel cakes and cotton candy will do the trick.

Someone sitting beside us says they just heard over the radio that a healthy baby boy was born around 4 pm to Princess Diana and Prince Charles in London. This happens to also be Britain’s National Week at the Fair.

We’ll not tell these kind folks that the baby will be named William, and how he’ll have a baby brother, Harry. 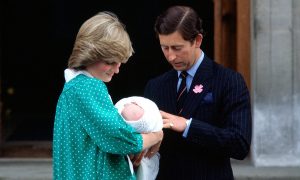 The Texaco, “Pay at the Pump” exhibit, and high-tech car with a built-in mobile phone excite us, especially as visitors are amazed by these revolutionary inventions.

What are your dinner recommendations? We can pack a picnic with a few tasty choices along the food fairway. I like the look and smell of the Steak-on-a-Stick, and I noted a couple of things caught your eye as we strolled! 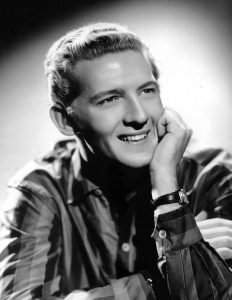 The concert is about to begin. I’m glad you wanted to see Jerry Lee Lewis! He’s so full of energy, we will get our second wind while reveling in his joyful dancing, piano playing and singing. This is absolutely unbelievable!

Let’s drop off our cameras and film, and pick them up after the fireworks display. We’ve just enough time to find our prime seating before the 10pm show starts. 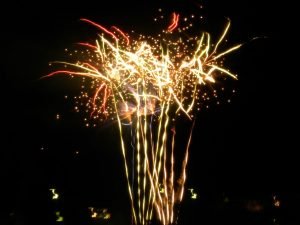 What a day! We have our photographs, souvenirs, and amazing memories. Buckle up, now, for our return to 2020. And, I’ll see you again soon for more time travels!

Every tool bench has a tape measure of some kind. Each dressmaker or seamstress has one as well. They're obviously useful collectibles even today.   Luckily, I spent a lot of fun times playing with these as a child when the adults were too busy to care!  ...