Boys Will Be Boys

A clear favorite, and long-running series about family, was

My Three Sons, starring Fred MacMurray. Six males lived in the household; one of them being the pet dog named Tramp.

Both their grandfather Bub, then later, his brother Uncle Charley, were into full-time busyness in looking after the business of a full brood of boys, along with their father Mike.

The generation-gap humor was deeply touching as it made the family draw closer after conflict or miscommunication. Each actor effortlessly drew viewers into a warm web of love, trust and devotion.

Actresses were sprinkled throughout episodes sparsely, and in perfect taste. There was plenty of time during the 12-year series run to let nature take its course. Every guy and girl became a lasting part of this television family, and holds a pleasant memory in our hearts.

END_OF_DOCUMENT_TOKEN_TO_BE_REPLACED

Photo by Jason Ng on Unsplash   There it sat. A small souvenir, tucked into the telephone...

END_OF_DOCUMENT_TOKEN_TO_BE_REPLACED

Photo by: Celebrate America   This controversial American singer/songwriter was also an...

END_OF_DOCUMENT_TOKEN_TO_BE_REPLACED

Photo by HeadvaseFinds   Girls love dolls and women love vases. The marriage of the two...

There’s Always Time for What Matters Most 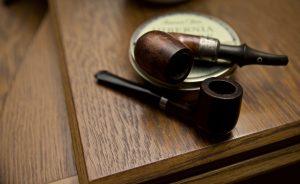 Photo by Jacob Granneman on Unsplash

With over 100 films to his credit, we’re left to wonder how he made time to become a master leather craftsman, woodworker, fly fisherman, musician, and the inspiration for C.C. Beck’s Captain Marvel in only one lifetime.

In the series My Three Sons, Fred was a born natural in the role because he was essentially playing himself in real life.

Here is a glimpse of the man in his own home on chosen land reminiscent of his ancestral country, Scotland.

Watch this now to discover for yourself if Fred’s daughter Kate takes you to that place in your own heart where sublime simplicity reigns supreme.