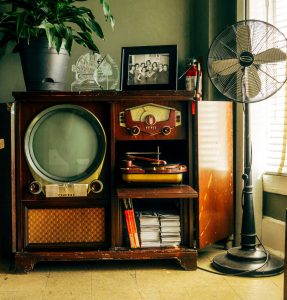 Around 40,000 U.S. families owned a home television in the

Steve McVoy gives us a look into his Early Television Museum.

He blows my mind with those early versions of colored televisions.

The page you requested could not be found. Try refining your search, or use the navigation above to locate the post.