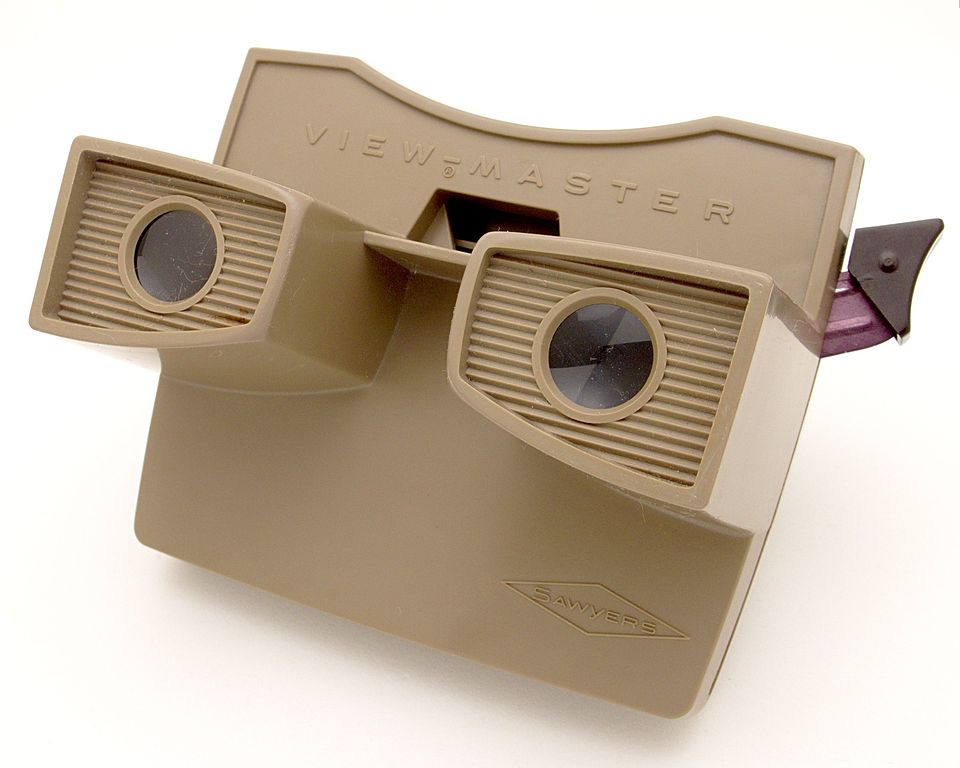 Reelin’ in the Years:

How View-Master Set the World at Our Fingertips

A partnership began in 1938. Soon after, the first View-Master model of stereographic images using Kodachrome transparency film was showcased at the 1939 World’s Fair in New York City.

The creators wanted their device to be a postcard alternative.

This is why many of the earliest reels were scenes from tourist sites such as Carlsbad Caverns and The Grand Canyon.

Then the company bought out its biggest competitor, also gaining  licensing rights to Walt Disney Studios.

These two actions bankrolled View-Master into becoming a worldwide phenomenon – and household favorite of all ages.