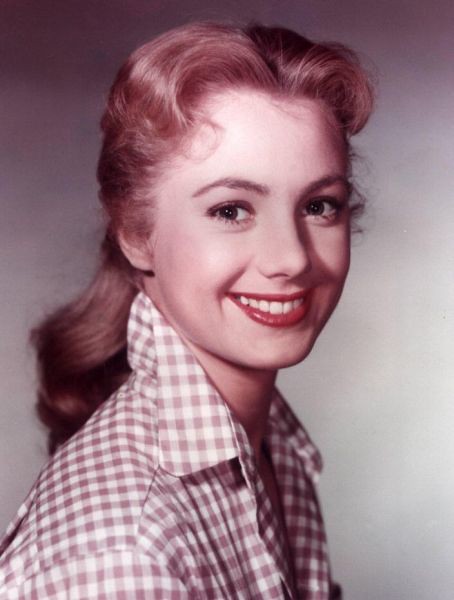 Shirley Jones by Film Star Vintage is licensed under CC BY 2.0

She turned down the role of Carol Brady, longing instead to portray a mother like herself:  a working mom with healthy, active children to raise.

She got her wish as Shirley Partridge.

Little did she know how the mothering skills she used at home with her own children would expand exponentially: exercised both on and off the film set.

She became not only the coolest Mom in American television history, but also an unforgettable one.

She and step-son David Cassidy were unaware of the other auditioning for The Partridge Family until they met on the set. Neither were the directors and casting agents aware of the two being related.

All were happy about it AND the show was a hit.

Shaun, Ryan, and Patrick Cassidy, her sons with

Jack Cassidy, have all become successful in the entertainment industry.

She continues to nurture a closely knit bond with each one, and with her thirteen grandchildren.

She sang in her family’s Methodist Church choir from a young age, and also took singing lessons.

She won first place as Miss Pittsburgh at age 18, then first runner-up in the Miss Pennsylvania pageant.

She was the first and only individual to ever enter into a personal contract with Rodgers and Hammerstein, performing in four of their musicals.

Her co-star and early crush, Gordon MacRae, was named as godfather to her firstborn son.

She performed an evening of musical works by Gilbert & Sullivan and Rodgers & Hammerstein at The White House in 1957 with husband Jack Cassidy.

She won an Academy Award for Best Supporting Actress in 1960 after starring in Elmer Gantry. 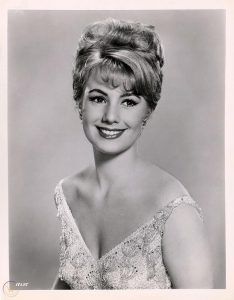 She enjoyed professional and personal relationships with too many greats to mention them all. A few are: Joanne Woodward, Doris Day, Debbie Reynolds, Mary Tyler Moore, Jimmy Stewart, Burt Lancaster, Robert Preston, and Michael Landon.

To conclude this blogpost, honoring living legend Shirley Jones, I share a piece of her lovely music.

She apparently persuaded Gordon MacRae to take the role of Billy Bigelow in the musical, Carousel.

Their ensuing duet from the film is a tender and touching reflection of mutual adoration and respect.